Holy god! I've just read danisnotonfire and (maybe) AmazingPhil are going to be part of the questing team! THEY'RE LIKE TWO OF MY FAVOURITE YOUTUBERS!!!

From twitter: They say it's being filmed in the original Norwich studios, love it. 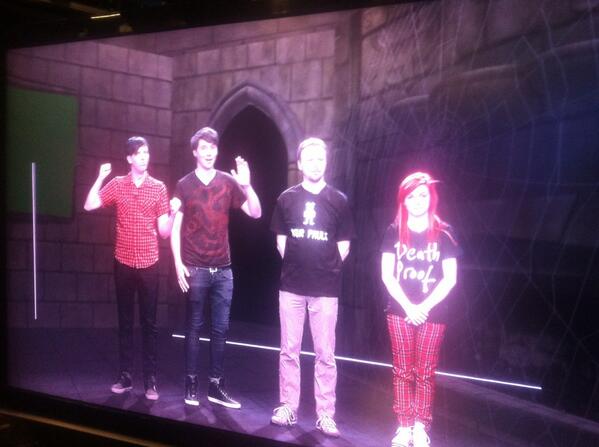 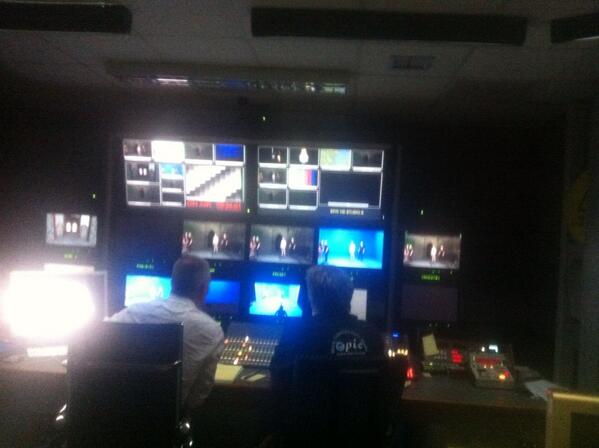 If this is a dream...no-one come near me!

There is one team, made up from famous youtubers. They are all adults.

Sorry, but I am afraid they aren't taking other teams.
Alan Boyd
Website: https://www.twicetwice.co.uk/
Top

Famous? Never heard of them, what are they famous for?

Perhaps we'll get some adult content then this time, some gory deaths, lol

Kinda surprised we're only just hearing about it, must have been in development for a while.. usually some crew member has a big mouth

It's always the cracked ones that let the light in
Top

They are famous within their particular realm.
E.g. They were greeted by fans at the train station and had to fight their way out of the studio.

The show has had a very very short development time. But some of us have had to keep it a big secret for several months! :/
Alan Boyd
Website: https://www.twicetwice.co.uk/
Top

Oh dear... DIY youtube has never gone well.. lol i'll have to look them up.
Pity they didn't seek out locals. You know I'm just dam jealous that's all.

It's always the cracked ones that let the light in
Top

For something harking back to my childhood this is making me feel very old. I'm not sure what a 'famous youtuber' is. Is the team made up of piano playing cats?

I suppose the reason for this episode is for these youtubers to gain exposure and to increase views of their material in the future. I just hope they're genuine KM fans and appreciate how lucky they are!

Alan - do you know how long the episode will be?

And when did you find out about it?!
Extreme warning team, a Hobgoblin in the level!
Top

My concern with there only being the one team is that I can’t see there being any genuine peril involved in the game (not until near the end of the 30 mins at least) because obviously they can’t die too soon or they’ll have no show. My guess is that they will want to show of all 3 levels in this one episode and play out the full story. As a result, my only worry is that it will come over overly staged, like a play as opposed to a real game show. Hope I am wrong though.
Top

HobGoblin wrote:For something harking back to my childhood this is making me feel very old. I'm not sure what a 'famous youtuber' is. Is the team made up of piano playing cats?

I really hope these famous ytbers act in character in the show if I see anyone spell a meme, the keyboard cat, a dungoneer and his team acting like their yt personas then I'm going to be incredibly dissapointed, km live has comedians running it and that's supposed to be more for laughs, this revival better be treated with the utmost respect, I really hope these guys know just how lucky they really are to be on this, I hope they've seen this show before hand and are fans, by all means in the bloopers go mad but in the actual show if it turns into I have to do something because I'm famous on the web then...yeah.

Guess on topic but I entered a rd competition a few years ago do do an impresion of rimmer and it was great but because the likes of mazakox ( a famous yt who's up his own backside and never answers a post even a congrats on winning) really wasn't fair for every other person who wasn't a famout yt had no chance, I know that's not how this is but I thought I'd put that there.

If I ever get famous someday or atleast a bit known I hope I don't turn out like mazakox and some other yt personalities ( I know they're not all bad and hvgn: happy video game nerd, happy console gamer and a few others are great, funny, cool people but it seems the ones who shout louder get the most attention for it (sometimes not for the better too).

If this one off does succedd I really hope they use normal people afterwards, I understand this was for youtube geek week and it's sponsored by them and with yt personalities for the uninformed of the programme it should help raise a lot of buzz, if this format works and it becomes a series then where do I apply as an advisor or dungeoneer, hell if I got good enough at backgrounds I'd love to show anglia studios that and My fanart as well ofc.
Last edited by dugeoneerborne on 25 Jul 2013, 14:39, edited 1 time in total.
Sidestep to your left simon style, simon style..whoop...whoop...whoop...whoop.. sidestep to your left simon style.
Top

Hey listen, Phil and Dan may be very comedic, but I believe they know when to behave and do something properly

As for the other two...well I don't even know who they are, so I can't really say, but I'm sure they'll be sensible. And besides, a little humour won't hurt

shadow6162 wrote:Hey listen, Phil and Dan may be very comedic, but I believe they know when to behave and do something properly

As for the other two...well I don't even know who they are, so I can't really say, but I'm sure they'll be sensible. And besides, a little humour won't hurt

Shadow6162: It's nothing personal or anything, Doug Walker who uses a lot of comedy did some serious acting recently in one offs on his channel and some of his reviews & as long as they behave then that's cool, yeah some comedy doesn't hurt when it's keeping in tune I guess what I meant was if it becomes yts brand of comedy (like pewdiepie), it probably wont happen, lord fears speeches always make Me laugh because he reminds Me a lot of Atkinsons blackadder at points (some of his henchman are like percy and baldrick at times and I sometimes picture fear hitting lisard or one of his other henchmen with something when their off screen).

I saw blackadder a few years before km ended and always wondered if Knight was a fan of blackadder since his spyglass scenes and his gloat scene are like something Ben elton would write, that's not a nitpick, I love the similarity that I sometimes see & like blackadder I actually felt sorry for fear at some points (specially the dragon falling on his lair, one minute he's trying to get a dungeoneer off his land then the next minute he's flattened by a dragon).

Return to “Knightmare in Geek Week”

Users browsing this forum: No registered users and 1 guest